Most of what makes conservatives what they are, I’ve already touched on here, here, here, here, and here. To try and sum it up, it’s like this: They are basically evolutionary throwbacks with neural architecture that lends itself to tribalism and authoritarianism. While this is not unique to conservatives, it is a stunningly common trait that they share. They are literally hard-wired for prehistoric survival. Therefore they are out of time and place in modern civilization. They represent over 20 million years of evolutionary strategy based on fear and tribalism that really was quite successful. Once civilization came about, all the ‘weird’ people who didn’t fit in with their tribe and would normally have been fed to wolves were suddenly able to thrive. These ‘new people’ tended to be intellectually curious, highly creative, and became the force that drove civilization from a wheel to a spaceship in the blink of an evolutionary eye. In less than 6000 years, we made vast strides that our tribal ancestors could not have imagined. I like to informally, non-academically refer to these people as ‘Homo-Meta-Sapiens’ due to their more complex awareness… starting with their ‘awareness’ of their awareness. I like to think I’m one of them because I know for a fact I’m not a conservative. If you’re reading this and made it this far, you’re probably meta-sapient too, because conservatives don’t tend to read this much. “If I get to the last page first, that means I read it, right?”

Ever wonder why conservatives treat politics like a sport? Why they all seem to own and wear Trump paraphernalia? Why they’re almost universally white, Christian, and ‘straight’? That is the ‘tribalism’. To a conservative, everything is ‘us vs them’. They tend to be unable to think outside of exclusive dichotomies. So for them, there are ‘two sides’ to everything. Everything is either ‘right’ or ‘wrong’, or ‘good’ or ‘bad’, and their ‘side’ believes it is the ‘good and right’ one just because it’s their ‘side’. Wearing the hats and shirts is to affirm the tribal identity that makes them feel ‘secure’. So anyone who isn’t a white, straight, Christian conservative is ‘suspect’. That brings us to the what of the why:

Due to their tribal ‘fear’ wiring, conservatives are motivated by old evolutionary impulses. Among those are tactics that were part of a cognitive function that helped our ancestors avoid threats. Those are ‘negativity bias’ and ‘apophenia’. Apophenia and negativity bias are actually related, but not quite the same. ‘Apophenia’ is the tendency to associate a false cause to an outcome or event due to a flawed perception of a link between something that is extraneous and an observed outcome. This is where we get ‘superstition’, ‘conspiracy theories’, and to an extent, ‘religion’.
Know anyone who ALWAYS wears the ‘lucky hat’ (Jersey, sunglasses, underwear, etc.) to watch sports because they were once wearing it when their team won the championship? Even though they know it’s a superstition, they still wear it because at some level they believe it will have an effect on the outcome of the game.
Conspiracy theorists (for the most part) operate on something similar: There’s a big scary power out there so devastating that event ‘x’ must be caused by them!
When we saw lightning, it was really scary. So what did we do in our ignorance? We invented ‘sky gods’ to explain it away… and we believed in them. Those are all examples of ‘apophenia’.
Negativity bias is simply how we have a much greater tendency to react to negative stimuli than neutral or positive stimuli. If you get in a beautiful luxury car with a hot date, but the inside of the car smells rotten, you’re going to focus more on the smell than the nice stuff. This was a good evolutionary strategy because by paying more attention to the things that were ‘scary’ or ‘gross’, one was more likely to avoid a potential hazard. Today, negativity bias is much stronger in conservatives. This means that conservatives tend to react to anything they don’t like or understand with greater hostility than non-conservatives. Yeah, I’ll bet you’re shocked, right? 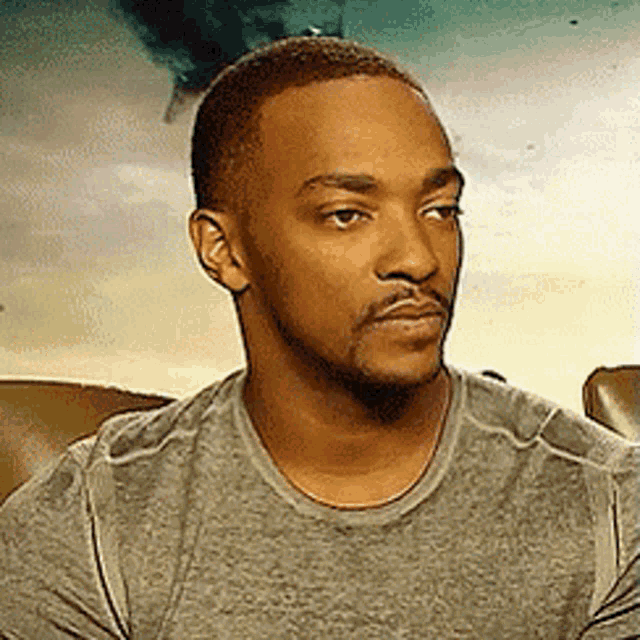 Negativity bias was a good evolutionary strategy because it meant our ancestors would just kill things they thought were a threat rather than taking any chances. It’s not a coincidence that so many conservatives are chomping at the bit to resort to violence to ‘eliminate’ anything they don’t like.
When we add up negativity bias and apophenia, suddenly we can see why conservatives are so much more susceptible to the Lie Machine that uses fear to condition people, and to things like Q-Anon conspiracy theories. It doesn’t help in the slightest that conservatives can’t understand how evidence works. The combination results in their tendency to blame scapegoats for anything they don’t like. Again, 10,000 years ago, this was just being extra-cautious in a hostile world. Today it is a serious threat to civilization. Remember why the Nazis killed so many Jews? They were absolutely convinced that Jews were an existential ‘threat’ to Germany. That is that ancient hardwiring that tells the throwbacks they have to ‘eliminate’ anything that might be a threat. Today’s conservatives are being similarly brainwashed to believe that everything they don’t like about society is a ‘threat’ to them. That means non-Christians, LGBTQ+ people, Muslims, Immigrants, Liberals, and anyone else that isn’t suitably similar to them. To the conservative brain, ‘different’=’dangerous’. That is part of the negativity bias function.

There is no “culture war” anymore than there is a ‘rising Sun’ war. The evolution of culture, society, and humanity is simply inexorable. But conservatives have been very easily brainwashed, due to their wiring, to believe that there are ‘devious forces’ behind the changes in the social paradigm. Like blaming a sky wizard for lightning, conservatives can’t understand that what’s happening to society is natural. It is an outgrowth of human diversity stepping ever more out of the closet and into the sunlight. They can’t understand that the push for social justice, equal rights, and fair universal treatment is simply a human compulsion. In a nutshell; the evolution of humanity towards the embrace of diversity and improvement of civilization is never going to stop. Conservatives cannot understand this. Instead, as they have throughout the ages, they perceive these changes as a deliberate ‘assault’ on their tribe by malicious actors. This frightens them because to a tribal partisan, ‘other people’ getting equal rights means that their tribe is ‘losing’.

Let’s look at a few of the things conservatives are convinced are part of a nefarious plot to ‘change society’; 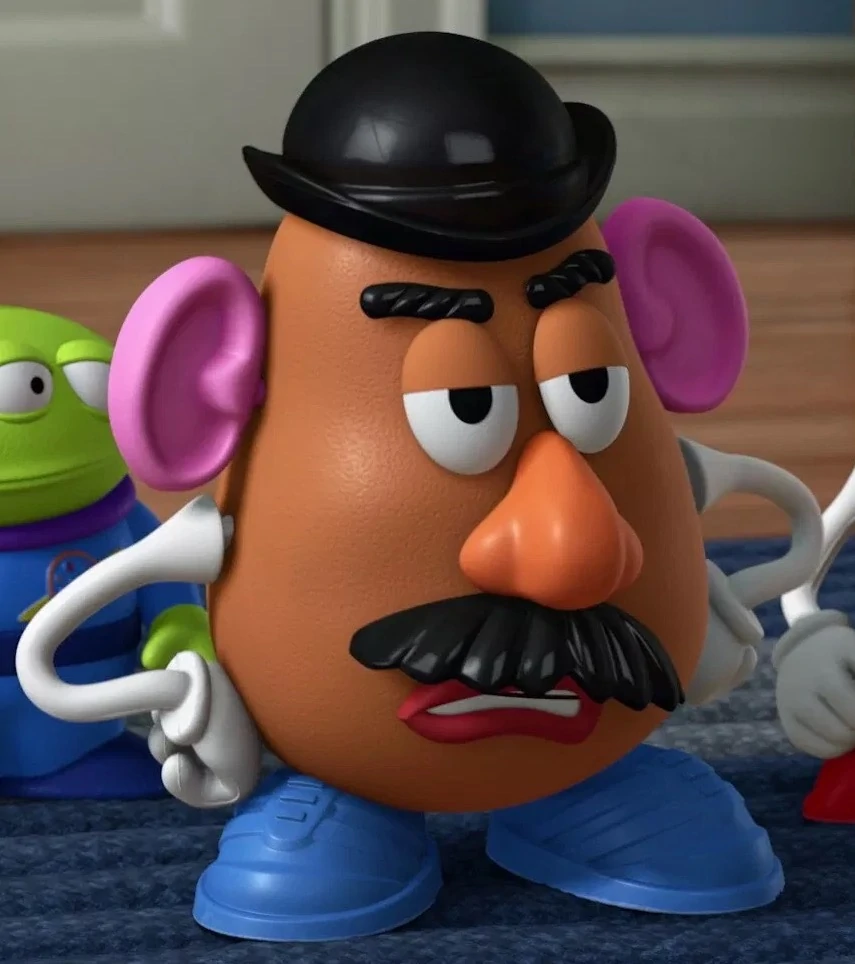 About a year ago, Hasbro toy company dropped the ‘Mr.’ from “Mr. Potato Head” in a bid to be more ‘gender inclusive’. The Right-Wing media went apoplectic and its audience mindlessly accepted its characterization of the move: “Liberals Destroyed Mr. Potato Head!”. They ranted and raved about how the ‘socialist liberals’ somehow managed to ‘force’ Hasbro to cave in and emasculate a toy.
This is funny because Mr. Potato Head was already pretty gender-fluid depending on how you dressed it. So it’s kind of a microcosm for the concept of gender to begin with… which is complicated.
Of course there was no ‘movement’ or ‘push’ or literally any campaign or effort by anyone to get Hasbro to do what they did. Hasbro made their decision based on the disposition of society. That’s right; they did it because they recognize the inevitability of society’s acceptance of human diversity.
Similarly, the estate of Dr. Seuss discontinued printing books that they felt were outdated and offensive. Again conservatives blamed liberal ‘cancel culture’ for the move despite the fact that literally no one actually put pressure on the estate to do so.
They feel the same way about LGBTQ+ rights, BLM, Anti-Fa, Critical Race Theory, and pretty much anything that they perceive as a ‘threat’ to their primacy. It’s all a ‘conspiracy’ backed by George Soros, Obama, Clinton, social media, etc, etc, etc. They can’t understand that what’s happening is a result of very real but somewhat abstract things like biology, systemic racism, and a number of organic issues that drive people to seek security, equality, and acceptance.

They can’t win a culture war because they don’t understand what’s happening. They’re so tied up in looking for individuals or groups to blame because their ancient fear wiring forces them to seek ‘something they can attack’. They’re tilting at windmills, boxing with shadows, and chasing rainbows. They cannot grasp the fact that humanity is spectacularly diverse and that as society evolves, change is inevitable.

Now of course conservatives throughout history have fought against the evolution of society. In some cases they’ve succeeded… but it has never been permanent. They’ve never ‘won the war’ against progress, they’ve only set it back. We had the Dark Ages. If conservatives could have ‘won’ the culture war that brought about The Enlightenment, we’d still be in the Dark Ages.

The bottom line is this: They can’t tell the difference between the natural evolution of society and the deliberate manipulation of culture by individuals or groups. They are hard-wired to fight threats that have corporeal form, and they simply do not possess the cognitive empathy and the ability to learn and evolve in order to understand the complex dynamic of society and humanity. If they did, they wouldn’t be conservatives to begin with.