(Update: 3/6/2022; Given recent events, it appears they also love dictators their dictator likes.)

Once, long ago, there was a time when as a nation we believed that there were lines our leaders could not and should not cross without dire consequences. When Richard Millhouse Nixon forced the resignation of two justice department officials in order to have special prosecutor Archibald Cox fired in the infamous ‘Saturday Night Massacre’, and when Nixon’s lawyers argued that the president is above the law, it was the most clear violation of public trust and the most vivid overreach of power in our history. As a result, Nixon’s presidency, his administration, and his legacy went down in flames. To this day, no one of integrity disagrees that Nixon crossed a bright red line from democratic executive of the republic to a despot desperately clinging to authority. 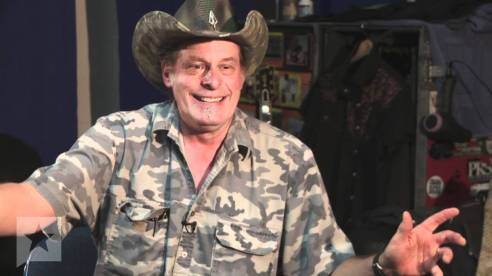 But those were the days when people who knew nothing about politics stayed the hell out of the arena. That was back when the idea of integrity was respected, and people whose blatant double-standards would get them kicked out of their Bridge Club knew to keep their ‘unseemly’ opinions quiet.
To be honest, if not for the insanity of the past two decades, I would have thought that such people barely existed to begin with, let alone would have the gall to expose their hypocrisy to social scrutiny.
But here they are:

Yes, these are the same people, multiplied by about a million, who viciously accused Barack Obama of being a Muslim/Socialist/Kenyan dictator who was going to teach our children to be gay, institute Sharia law, and put all white Christian conservatives in concentration camps.
They said Obama acted like he was ‘above the law’, but when you asked them just what laws he was flaunting, they came back with “The Constitution!”, or “Benghazi!

There’s an old saying, well… I’ve been saying it for over 20 years, so it’s at least as old as “Jurassic Park”; “We expect from others what we expect of ourselves.” Serial liars think everyone is lying, thieves think everyone steals, and decent people tend to believe that everyone is essentially decent until they fall for too many scams and become bitter bastards themselves.

So think about how conservatives fear that ‘liberals’ will indoctrinate them with another religion (or secularism), put them in camps, and force a liberal ideology they disagree with upon them, juxtapose that with the above saying, and let that sink in. 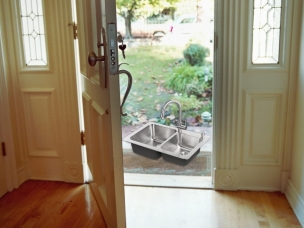 The bottom line is this: They believe in their heart of hearts that their ‘enemies’ want to do the same things to them that they want to do to their enemies. THAT is the reason they had been so visibly terrified of Obama for 8 years: They want to turn America into a dictatorship where they can force their ideology on everyone and put anyone who disagrees with them in camps… and they were afraid the ‘other side’ would take the opportunity to do it first.

Not sure that’s what they really want? I could start with the suggestion that you just go on a right wing message board and see what kind of response you get for a post that states: “Put All Liberals in Prison Camps”… or I could post the responses to an actual petition to “Put All Liberals in reeducation camps”:
(No, I’m not linking to the petition for what should be obvious reasons.)

If we do not curtail the socialist influence of the left, we will all suffer under a fascist regime one day where we will be led into “Death Camps” where Clinton, Pelosi and their kind will happily dispatch us. We must act now before it is too late.

I believe that liberals are an issue and pose a threat to the average American citizen.

Liberalism is the true threat to our nations sovereignty, safety, and future. Kill them all.

This is the only way to save our country

Or we can look at this Quora question:

“What will it take to eliminate liberalism in America?”

The first thing that has to go is the Constitution. It can be declared obsolete, suspended due to a national crisis (which can be engineered), or simply ignored.

You would need to implement a fascist takeover. Appoint compliant judges to the majority in SCOTUS. Congress already seems ready to go along. Replace heads of the FBI, CIA and Justice departments, and also all their underlings with people who are willing to obey and remain absolutely loyal to the president.

Shut down the press, except for Fox and other party organs. Start arresting and jailing journalists, and other outspoken critics. Arrest and imprison well-known outspoken liberal personalities.

Shut down any lectures, talks, newspapers, media outlets, websites, that do not toe the party line.

Arrange to have the universities cleansed of any liberal ideology—and replaced with Republican party dogma.

Suspend all elections, or at a minimum, outlaw all political parties that are in opposition, and ensure those running in the Republican party are loyal and know the score.

Arrest or remove from the Bench any judges deemed to be liberal, and appoint justices that will follow the new order and help enforce it.

Arrest, torture, drone strike anyone who doesn’t comply with the new order.

Despite the fact that the author of that response states that he has no interest in seeing these things happen, the description is exactly what Trumpsters want… as evidenced by the existence of the question itself.
“Do unto them before they do unto us” is kind of the theme with these guys. So yes, they want someone who will subvert the Constitution, put all Muslims, immigrants, liberals, LGBTQs, and non-Christians in camps, assume power over all branches of government, and ensure that white Christian people maintain their primacy. They see Trump as the leader of their tribe who will deliver them from their ‘enemies’ and secure their power over people they don’t like. And he’s demonstrated that he is more than willing to be that guy.

When you try to explain to them that what they want, that to impose their ideology on a nation so completely that it crushes all other ideas is actually fascism, they absolutely deny it. To them, getting their way is ‘right and good’ and any means to do so must therefore also be right and good. So it doesn’t matter to them if the most hopeful and powerful democracy in human history is destroyed in the process. Why? Because they put their fears and insecurities first, and right now and for the last decade they have been terrified of losing their primacy over the people they wish to keep in permanent second-class status. Right now Trump embodies their great hope to assert their superiority once and for all.
No matter what you say to them, no matter how many parallels between Trump and other dictators you demonstrate to them, they simply will not listen because such information, especially factual information, is highly inconvenient to their ideology and desires. No matter what we point out to them about Trump mirroring the classic tactics of dictators, they’ll simply say that ‘it’s not the same’ because there aren’t concentration camps already.

I suppose the only way they might wake up is if we have actual Nazis marching in our streets?

If you liked this or any other Buzzsaw articles, please donate and help us make this a full time pursuit. There’s a LOT of Bullshit out there! HMU on Twitter too! https://twitter.com/TheGarthThe1