I like Sports Fans. I’ve actually played many sports. Some of my best friends are sports fans. So I personally have no prejudice against sports fans. That said; the problem with sports fans is their overriding, tribal belief that their side is 100% good and the ‘other side’ is 100% bad.

I like Zombies. I’ve actually been a zombie… at least in a theatrical capacity. Some of my best friends are zombies. Also, I have eaten brains. So I personally have no prejudice against zombies. That said; the problem with zombies is their overriding, mindless desire to destroy civilization.

But now we have a situation where the two have become a single-mindless, unreasoning, unrelenting force that 100% believes that the best thing for civilization is to destroy it. They don’t understand that’s what they want, of course, because zombies aren’t driven by sublime judgment. But that is the goal of the corporate necromancers who have raised them from the grave.

As the title suggests, the rise of the Zombie Sports Fans is a new development. For a large part of our history here in the US, conservatives have exhibited the textbook traits that defined them as actual, traditional conservatives. They have usually been cautious, lawful, reserved, prudent, and earnest. And although they have far more often than not found themselves on the wrong side of history, they have almost always been rational.
Until quite recently, people who would be conservatives but did not find themselves in possession of the political acumen and awareness to participate in the national discourse pretty much just stayed out of politics. But that has very much changed.
In the days of yore, only people who understood the basic principles of the social contract, the function of government, and the importance and methods of the rule of law bothered to involve themselves in the political process for plainly obvious reasons. They came to the table with opinions based on solid evidence and reason, and an understanding of the realities they had to work with or overcome in order to realize their agenda. In those wistful times, there was a tangible understanding that in order to get anything one wanted, compromise was a critical if uncomfortable necessity.
Then something happened. People who had no understanding of the political process, social philosophy, or how many licks it would take to get to the center of an omnibus spending bill rose from the deep soil of ignorance and began clawing at the very tenets of civilization. People with strong opinions on issues they knew virtually nothing about found themselves in a horde of the likewise mindless but ravenously vocal new movement bent on satisfying their decayed ideological hunger.

It didn’t happen all at once, but there were notable steps leading to this particular raising of the corpses thought buried firmly in the landfill of history. One of those steps was the signing into law of the Telecommunications Act of 1996. Aside from Reagan previously overturning the ‘Fairness Doctrine’ which, although nearly obsolete, still somewhat  functioned as a check on just how much bullshit could be disseminated over the airwaves, the TCA also made it possible for media magnates to buy up and consolidate the US market. This meant that ideologically driven ‘news’ could be more concentrated and targeted to specific audiences. The overarching effect of this was to create a monopolization of media which afforded its owners the luxury of no longer needing to compete through factual quality news, and instead compete for loyal markets by giving people what they wanted to hear; and no one was more starving for validation than those who felt politically marginalized. Then came the next series of steps down the hell maw:
Radio personalities could now more easily dispense opinions as gospel. Cable news channels could now report he said/she said stories instead of ‘just the facts, ma’am’. In the consolidation frenzy, the media now found it could use sensationalism to secure ratings. They could now feed their audience the red meat of misrepresentation to satisfy its appetite for validity. Coming right on the heels of the ‘opinion wave’ was the explosive pervasion of the internet. Just as these people were being told they were right by the new media, they suddenly found millions of others just as ignorant and angry as they were only a few clicks away. In a grand Folie aux Deux, they instantly decided that they must be right about everything because millions of them agreed with each-other. 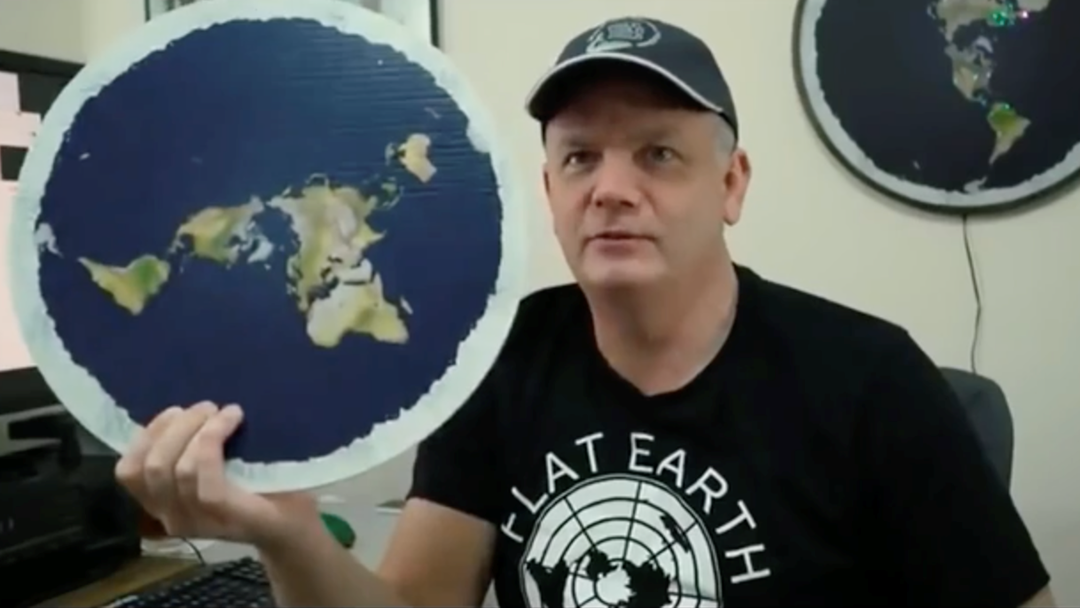 And so from the dirt of political obsolescence, the horde began to rise. We’ve seen things we thought long buried such as Nazism, Chauvinism, Racism, things that stayed mostly hidden underground, now walking among us with delusions of life-like legitimacy.
Political buffoonery, once an insurmountable stigma, has become an endearing trait. Where the news would once tear down aspiring fools, now incompetent politicians who reflected the misguided and ignorant attitudes of so many are lionized as ‘champions’ who would ‘break the status quo’. All of those political neophytes who decades ago would have been shown, in no uncertain terms, that they did not belong in that arena now believe that their uninformed opinions are just as valid as those of statesmen, scientists, economists, and philosophers. They looked at the perverse synergy that gave their leaders legitimacy as ‘proof’ that their opinions were worthy.

But that wasn’t quite enough. The emergence of think tanks whose sole purpose was to preserve corporate profits saw this opportunity and got busy disseminating easily digested talking points so that the new know-nothing movement would never have to think their way around a solid, comprehensive argument. Politicians seized on this as well by relying on simple-minded sound bytes like “Death Panels” and “Job-killing Regulations” to circumvent the complexities of the issues and further cement the oblivious certainty of their base.

And it worked like a charm. But that’s only half the story.

So we wound up with a new movement of people who barely understand the function of government. If you ask a modern conservative, they’ll tell you that the government should be nigh-eliminated (okay, they don’t use words like ‘nigh’). It does not occur to them that the reason they have electricity, drive on roads, have access to clean air and water, or enjoy comfort and security of our current world is because we created a government to do those things that individuals cannot.
They have been convinced that ‘government is bad’ by entities that have no interest in things like keeping air and water clean, exercising their own consumer protections, paying fair wages for labor, or pretty much anything else that would benefit citizens and hurt their bottom line. With government by the people out of the way, they can literally write their profits into the law. Civilization is ultimately a check on corporate avarice. With this new ZSF movement, those corporations can more easily chip away at the bits of civilization that hurt their profits by protecting people.
These Zombie Sports Fans, a mob united by their fears, their ignorance, and their inability to learn facts that conflict with their world view, have been raised from the graveyard by the forces of avarice for the express purpose of undoing, or at least preventing, any progress towards a society that is protected from predatory corporations or interests.  Those interests are very much at odds with the interests of a civilized society. A civilized society values education, equality, opportunity, and social justice. Those things are not profitable to corporations that would rather have their proverbial mines worked by mindless, frightened sheep so those very sheep can be fleeced in turn.

But today’s conservatives are not capable of perceiving politics outside of the exclusive dichotomy of a sports fan mentality. They have chosen their ‘side’ and believe that politics is about ‘winning’ and the other side ‘losing’. That is the extent of their understanding of politics. They believe it is a zero-sum ‘game’ where ‘winning’ by any means is the goal and compromise is always a ‘loss’. They prove this daily. They consistently use sports analogies (Liz Peek) when discussing politics; “Trump won, you lost, get over it!”. Therefore, when those they perceive as being on their ‘team’ want to destroy laws that protect people, write their profits into law, or get rid of regulations that keep our air and water clean, the conservatives only care that their ‘side’ gets what they want without regard for the consequences. “Rah! Rah! Go Team!”

The Zombie Sports Fan horde has been brainwashed to be proud of their ignorance and certain of their tribal righteousness. They believe they are 100% right. They do not believe that the law should be applied to their ‘team’, but that only their opponents should be subject to it. They believe that all calls against their ‘team’ are fraudulent and unfair, but turn and scream ‘foul!’ for even perceived infractions by their opponents. They cannot be reasoned with, they do not feel pity or remorse, and they absolutely will not stop until the progress toward greater civilization is defeated or we advance enough as a society so that no one grows up without learning the reason, logic, and critical thinking skills that prevent the sort of mindless tribalism that has resulted in the Zombie Sports Fans that are today’s conservatives. They have made it very clear that they are terrified of the idea of higher education for exactly the reason that such a thing will eventually lead to their extinction.

Because when these Zombie Sports Fans point and say “BRAAAAAAAAAINS!!!”, it’s not out of hunger… it’s an accusation.

8 thoughts on “Zombie Sports Fans: The Rise of Modern Conservatism”