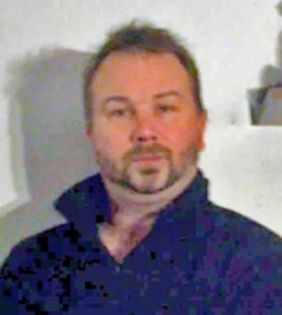 G. S. Croft is a writer from Westford Massachusetts whose interests include (but are not limited to) political science, psychology, social philosophy, quantum theory, debate, acting, condescension, speaking of himself in the third-person, being a colossal smart-ass, as well as drinking beer and wasting untold hours on video games.
Croft became interested in Bullshit upon discovering Rush Limbaugh and his proclivity for the mass deception of people whose critical thinking and reasoning skills were apparently traded for inclusion into a club most noted for their tendency to respire through multiple orifices at once, share beliefs in similar fairy tales and urban legends, and generally bond together in their mutual fear of anyone not quite Caucasian and straight enough (or acting Caucasian and straight enough) to be comfortable around.
Over the course of the last couple of decades, he has made a point of studying the methods by which today’s media, both left and right…. but mostly right, goes about deceiving their respective audiences in what appears to be a bald attempt to divide a nation against itself between the ignorant and afraid, and the informed and bewildered.
The purpose of this site is to draw attention not merely to the deceptions that are wrought upon regular Americans, but to dissect some of the mechanisms which give such deceptions their potency.
Croft is happy as a pig with a plate of bacon to take apart any piece of propaganda that comes across his work station regardless of political origin, so feel free to send him links to stuff you want to see eviscerated.
If you like this site and want to see more, please donate (bottom of screen) so that he can do this on a daily basis. There’s a LOT of Bullshit out there!

Thanks for stopping by!